Michael Jackson, What He Meant to Us 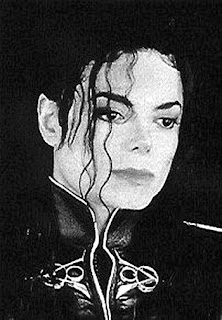 I practically grew up listening to Michael Jackson's songs. Just me and my stereo player or occasionally a walkman. In fact, reading Mike's lyrics contributed to my English speaking ability. He was my favorite singer. He was my hero. He meant a lot to me during my journey to adulthood, shaping my generation. I was proud to be growing up when Michael Jackson was on top of every charts. But I could never mimic him. I found his coreography was too difficult to imitate. But at least I got the Moonwalk right. Come to think of it, it was one of Mike's greatest donation to the world of performing arts. Moonwalk.

Now the era was over. Mike's dead, gone too soon I would say. He died on the very brink of his extinction. Leaving behind all the past time glory, great stories, depression, and a mountain of debts. We can almost say he died a poor man, almost forgotten. This fact left me wondering. What did he actually do? What did he actually give us? I boldly say a lot. We just never paid any attention. We never actually heard him. We never listened. We just wanted him to be what we wanted him to be. A star. And act from whom we get our satisfactions. With all the messages he sent to us, we never catched a drift. He taught us many. If only we listened more diligently, we all can be a better person. We all can make this world, as he sang, a better place. Michael Jackson's songbook is an instruction manual to fix this God forsaken world. At least that's my opinion.

But what we did to him? We put him on a throne, dubbed him the King. We came from all over the world to see him dance and sing his heart out. But we never listened to him. We chased him around he could hardly breathe. We never gave him enough space to walk as an ordinary pedestrian. We never gave him his life. Only the life we wanted him to live. Well, we made him rich on the process. But that came naturally. He started to do things, out of the ordinary, creating his own life. Things we call eccentric, even out of this world. Fighting age, he treated himself to a various treatments, medicals, and unusual habits. So what? It's his own money. A hard earned money. But some of us started to call him a freak. Maybe some people get jealous, and started to make some accusations. Some of us helped bringing the King down. We dethroned him. Put him in the darkest age of his life and eventually led him to his death. I say shame on us.

And when he died, all the world shed it's tears. Like an old saying, we never trully appreciate what we have until it's finally lost. And now we lost him. We tried to give him back all the glory he should had had when he was alive and healthy. We gave him a mega ceremony. A ceremony he could only attend in a golden coffin. One glory too late.

But some of us still believed in him. He was just a man who wanted to be ordinary, but special. He just wanted to be heard. Don't worry, Mike. You left us a legacy. Now it's up to us to heal the world and make it a better place. We can still do it with you in our hearts. So long Mike. Have your peace...
Diposting oleh Sonny Ramelan di 11.06